The NFL has announced that the Bills/Bengals Week 17 contest will not resume and has officially been cancelled, according to ESPN’s Adam Schefter (on Twitter). Meanwhile, NFL Network’s Tom Pelissero passes along (on Twitter) the NFL’s logic for not resuming the game: 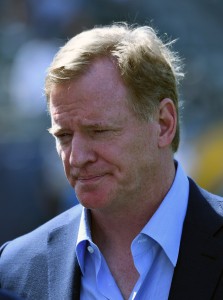 “This has been a very difficult week,” commissioner Roger Goodell said in a statement (via Pelissero). “We continue to focus on the recovery of Damar Hamlin and are encouraged by the improvements in his condition as well as the tremendous outpouring of support and care for Damar and his family from across the country. We are also incredibly appreciative of the amazing work of the medical personnel and commend each and every one of them.”

We learned earlier tonight that the NFL’s owners would be meeting tomorrow to discuss the AFC playoff picture. Pelissero has passed along the scenario recommended by Goodell and the league’s Competition Committee, which met earlier tonight. Considering the “potential competitive inequities in certain playoff scenarios,” the AFC Championship Game will be played at a neutral site if the participating teams played an unequal number of games and could have been the top seed had they played an entire 17-game schedule. This would require the Bills or Bengals to qualify for the AFC Championship as a road team, and it would also be dependent on one of three scenarios heading into the final weekend:

If Buffalo wins on Sunday and the Chiefs lose, no neutral sites will come into play and the Bills will have the No. 1 seed, as Schefter clarifies (on Twitter). If a neutral site does come to into play, it’s uncertain where the game will be played. Jonathan Jones of CBS Sports tweets that the NFL is still working through what city would host the game.

There’s a second issue surrounding the Ravens’ and Bengals’ spots in the playoff standings. If Baltimore beats Cincinnati this weekend, the Bengals would still have the higher winning percentage (and higher seed) by virtue of having played less games, but the Ravens would still have won both of these divisional matchups. If the Ravens win this weekend and the two teams meet up in the Wild Card round, then a coin toss with determine the home site. Still, with Bengals owning the better winning percentage, they’d still be crowned division champs, per Pelissero (on Twitter).

“As we considered the football schedule, our principles have been to limit disruption across the league and minimize competitive inequities,” Goodell said. “I recognize that there is no perfect solution. The proposal we are asking the ownership to consider, however, addresses the most significant potential equitable issues created by the difficult, but necessary, decision not to play the game under these extraordinary circumstances.”

For what it’s worth, Jones tweets that the NFL never considered adding an eighth playoff team. We learned earlier that such a drastic change would require collective bargaining with the NFL Players Association.