6:25pm: The Vikings announced on Twitter that they completed their interview with Pettine.

3:00pm: Like Frank Reich and Eric Bieniemy, Brian Flores is navigating an offseason that includes both head coach and coordinator interest. The Steelers assistant remains a frontrunner for the Cardinals’ HC job and has met with the Falcons about their DC post. More coordinator meetings are on the former HC’s docket. 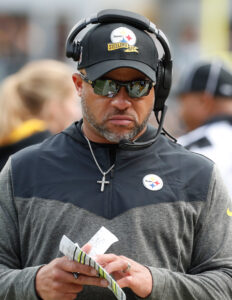 The Vikings are set to interview Flores on Thursday, Ian Rapoport of NFL.com tweets. Minnesota is meeting with both Flores and Mike Pettine. The latter spent the season as an assistant on Kevin O’Connell‘s staff. Pettine, Flores, Seahawks assistant Sean Desai and Saints co-DC Ryan Nielsen comprise the Vikes’ search thus far.

The former Browns HC who provided an additional voice for the new Vikings staff this season, Pettine has been a coordinator for three teams — the Jets, Bills and Packers — and has 10 years of combined experience on the HC and DC levels. Pettine, 56, has been in the NFC North for the past five seasons, with a 2021 Bears stop bridging his path from Green Bay to Minnesota.

Green Bay’s defense ranked ninth and 13th in Pettine’s final two seasons but fell apart in a blowout NFC championship game loss in San Francisco and allowed Tampa Bay to mount a big lead in the first half of the ensuing NFC title tilt. Pettine has been a coordinator for four teams that ventured to the conference championship round, beginning that run under Rex Ryan with the 2009 and ’10 Jets. Pettine went 10-22 in Cleveland, though the first of his two seasons (2014) doubled as the best Browns campaign between 2007 and 2018.

Receiving Falcons and Vikings interview requests recently, Flores almost certainly will be on hold for DC gigs until the Cardinals make their HC decision. Arizona hiring ex-New England exec Monti Ossenfort as GM bodes well for Flores, who spent this season as Pittsburgh’s linebackers coach. Flores went 24-25 with the Dolphins, despite beginning that tenure with one of this century’s worst NFL rosters. Flores’ racial discrimination lawsuit against the NFL and a few of its teams is ongoing, but the ex-Bill Belichick lieutenant looks set to make a jump to either the coordinator level or receive a second HC chance soon.