Browns president Alec Scheiner is stepping down from his current role as of March 31st, 2016, the team announced today in a press release. Scheiner will serve as a consultant for the franchise for the remainder of the calendar year after stepping away from his position as president. 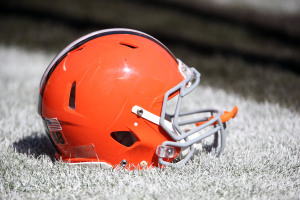 “Alec is ready for the next challenge in his career, as our new structure would limit the opportunity for his leadership,” Browns owners Dee and Jimmy Haslam said in a statement. “He is one of the most talented executives in the industry, and we are fully confident that Alec will be successful in whatever permanent role he takes next. We wish him and his family only the best.”

Scheiner’s departure is the latest in an offseason full of change for the Browns, who have brought in new decision-makers at several levels within the organization. In addition to replacing head coach Mike Pettine with Hue Jackson, the club also parted ways with general manager Ray Farmer, VP of player personnel Morocco Brown, and executive chief of staff Bill Kuharich.

As part of Cleveland’s front-office shakeup, the team promoted Sashi Brown to VP of football operations, hired former MLB executive Paul DePodesta as chief strategy officer, and hired Colts pro scouting coordinator Andrew Berry as VP of player personnel. Now the club will look to replace Scheiner, who had served as the Browns’ president since January 2013.

“I have had an incredible experience with the Browns,” Scheiner said in a statement of his own. “Cleveland is amazing and the fans are uniquely passionate. I want to thank Dee and Jimmy Haslam for the opportunity to do what I truly love: rebuilding an organization with a group of people who have shown unparalleled hard work, commitment to their team and city. I look forward to helping the Browns over the next several months as I determine my next challenge.”