After spending 16 seasons in the NFL, veteran long snapper Mike Leach has decided to end his playing career. Leach announced his retirement in a Twitter post this morning, thanking the Titans, Broncos, and Cardinals for the time he spent with each franchise. 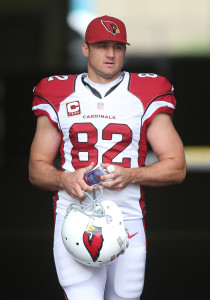 “Every journey, no matter how great, must eventually come to an end,” Leach wrote. “Today, I’ve reached the end of my journal as a player in the National Football League. It is rare in our profession that a player gets to choose when it’s over and to go out on his terms. I am making that choice before waning abilities – or worse, an injury – make it for me.”

Leach, an undrafted free agent back in 2000, spent his first two seasons with the Titans before joining the Broncos for the 2002 campaign. Since 2003, he has not missed a single game. In total, he played 235 regular-season contests, including 112 for the Cardinals over the last seven seasons.

Leach, 39, had been on a one-year, minimum salary benefit contract with Arizona in 2015, so his deal was set to expire this winter. As such, the Cards won’t carry any dead money on their 2016 cap now that Leach has decided to call it a career, though the team will have to find a new long snapper for the first time since 2009.