Giants linebacker Jon Beason will require offseason knee surgery which could place his career in jeopardy, reports Alex Marvez of FOX Sports (Twitter link). Beason indicates that he will attempt to return to the NFL in 2016, but if his knee does not respond to rehab treatments, he could retire. 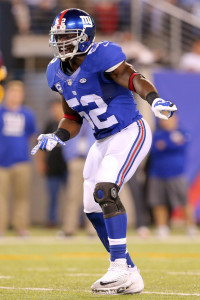 This isn’t the first we’ve heard of Beason’s career possibly ending prematurely due to injury. When Beason, 30, was originally placed on injured reserve back in November, reports indicated that his NFL tenure was likely finished. Injuries are nothing new for Beason, whom the Giants from the Panthers in 2007. While he was extremely durable during his first four years in the league (he didn’t miss a single game), Beason played in just 29 out of a possible 80 games from 2011-15, including only nine games during the past two seasons with New York.