The Texans have signed former Bengals defensive lineman Devon Still to a reserve/futures contract, according to John McClain of the Houston Chronicle (Twitter link). Because the Texans’ season isn’t over yet, the team can’t sign its practice squad players to futures deals yet, 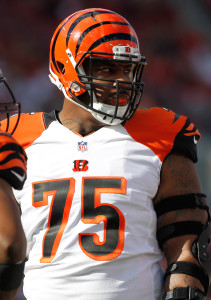 but it can lock up a player like Still, who wasn’t on any club’s roster or practice squad when the season ended.

Still, who hasn’t made a start in his three-year NFL career since being selected in the second round of the 2012 draft, nonetheless became a fan favorite in Cincinnati and around the league as his young daughter, Leah Still, battled cancer. Leah went into remission from neuroblastoma in March, and Still announced just over a month ago that she was cancer-free.

Still has yo-yo’d between the Bengals 53-man roster and practice squad in the past, but was no longer eligible to join any team’s practice squad after Cincinnati cut him loose in September, so he has been a free agent since then. On the field, Still saw a career-high 237 defensive snaps as a part-time player for Cincinnati in 2014, recording 19 tackles and a pair of quarterback hurries.

Having worked out for several teams throughout the season, including the Texans just last week, Still had been expected to land a futures contract once the regular season came to an end. The contract will go into effect on the first day of the 2016 league year.