WEDNESDAY, 3:15pm: Washington has officially signed Hood to a reserve/futures contract, the team confirmed in a press release.

TUESDAY, 8:54am: Washington has agreed to a one-year contract with free agent defensive lineman Ziggy Hood, reports Grant Paulsen of 106.7 The Fan in Washington (Twitter link). Hood didn’t finish the 2015 season on any NFL roster, making him eligible to sign a new deal before the new league year begins in March. 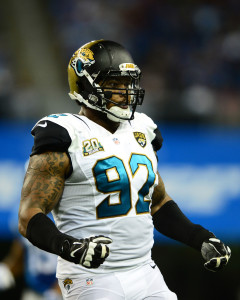 Hood, a first-round pick back in 2009, spent the first five years of his NFL career with the Steelers before signing with the Jaguars for the 2014 season. In 2015, Hood was placed on IR by the Jaguars to open the season, but was released when he got healthy, allowing him to sign with the Bears in October. Although he spent nearly two months on Chicago’s roster, Hood didn’t see the field much, and was ultimately cut in December.

Although he hasn’t produced much value since leaving Pittsburgh, Hood had some solid years for the Steelers, averaging three sacks and more than 40 tackles per season during his last two years with the team. In Washington, Hood will be given the opportunity to earn a roster spot and a place in the team’s defensive line rotation.

Hood is unlikely to be the final defensive line addition of the offseason for Washington, as John Keim of ESPN.com tweets. The position figures to be an area of focus for the club in free agency and/or the draft.

Before agreeing to a one-year deal with Washington, Hood worked out for the team last month.