Linebacker Zach Brown has signed a one-year deal with the Bills, according to Rand Getlin of NFL.com (on Twitter). Brown has seemingly confirmed the deal on Twitter. Exact terms of the deal are not yet known. 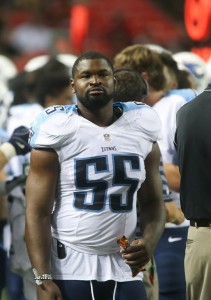 Brown, who started 33 games for the Titans over the last four years and had 77 tackles in 2015, is one of the more intriguing free agents still available. The linebacker visited with Buffalo on Monday morning and it didn’t take long for the two sides to shake hands on a deal.

The Bills also met with defensive back Corey White on Monday but it’s not yet known whether he’ll be joining Buffalo as well.

Last season, the advanced metrics at Pro Football Focus (subscription required) rated Brown as the 30th best linebacker (tied with Bobby Wagner) in the NFL. Brown received strong marks for his coverage and pass rush, though his 43.3 run defense score was underwhelming. Ultimately, his overall grade slotted him ahead of NFL notables like David Harris, Lavonte David, Jasper Brinkley, and Clay Matthews.