It can be difficult to determine the true value of an NFL contract, particularly one signed in free agency. We often evaluate contracts by their average annual value, but an agreement that pays $10MM for one year certainly isn’t as strong a commitment as one that pays $50MM over five years. Meanwhile, the overall value of a deal can make it look more more impressive than it actually is, since players often won’t get the opportunity to play out the full contract before they’re released or asked to take a pay cut. 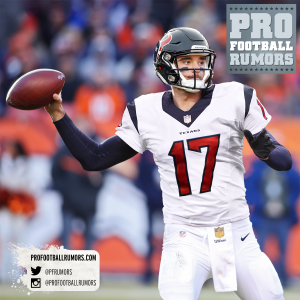 Fully guaranteed money may be the best barometer by which to assess a new free agent contract, but even that doesn’t tell the whole story. A player who signs a long-term contract with a small amount of guaranteed salary could eventually play out the entire deal and earn the non-guaranteed portion as well, depending on his performance.

One category doesn’t tell the whole story, and you can argue that even all three combined don’t necessarily tell us which players signed the “best” contracts, but using all three categories certainly helps provide a more complete picture.

Brock Osweiler, Olivier Vernon, Josh Norman, and Malik Jackson represent the top four players – in some order – on all three of our lists, having signed the biggest and best free agent deals of 2016. But there are some other names that show up just once or twice, whose contracts are more difficult to evaluate.

Russell Okung‘s five-year, $53MM contract with the Broncos, for instance, ranks seventh in terms of total value and average annual value, but doesn’t come anywhere close to cracking the top 10 in guaranteed money. Okung’s potential earnings hinge heavily on whether or not the Broncos pick up the option after the first year of the contract. If Denver declines that option, the total value of Okung’s deal will end up being far, far less than $53MM. 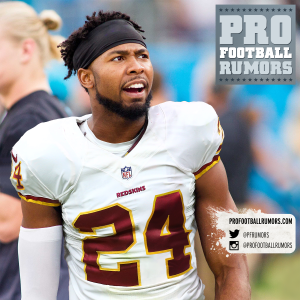 Jason Pierre-Paul, meanwhile, shows up at No. 8 in terms of annual average value, but he’s on a one-year contract. The majority of his money is guaranteed, and he’s making a good one-year salary, but he doesn’t have the long-term security or the overall guarantees of the other guys mentioned below.

Finally, it’s also worth mentioning the players who received franchise tags from their respective clubs this offseason. Von Miller, Kirk Cousins, Eric Berry, Cordy Glenn, Alshon Jeffery, Trumaine Johnson, and Muhammad Wilkerson are all expected to make between $10-20MM in 2016, but they were never unrestricted free agents, and their contract situations aren’t resolved yet, so we haven’t included them in our free agency breakdown. Similarly, a player like Sam Bradford, who re-signed with his own team before the free agent period began, is not included below.

Without further ado, here are the biggest free agent contracts of 2016:

Largest contracts by overall base value:

Data from Over The Cap was used in the creation of this post.