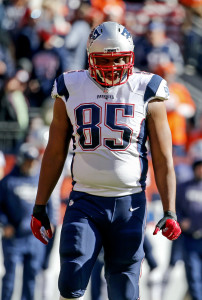 Williams, an Alabama product, first came into the league as a 2013 seventh-round choice of the Lions. Unfortunately, he’s no stranger to a lot season as he suffered a hand injury early on in Detroit and was forced to sit out his rookie year. When he returned in 2014, the Lions made the surprising decision to switch him over to offensive tackle. In August of 2015, the Lions shipped Williams to New England and the Pats decided to move him back to tight end.

In his appearances last season, the Patriots also lined Williams up in the backfield and at wide receiver. In total, Williams saw time in 15 regular season games and made nine starts. He was targeted six times and recorded three receptions for 26 yards.