CFL import Eric Rogers has suffered an ACL tear and will not be able to play this season, coach Chip Kelly told reporters (Twitter link via Eric Branch of the San Francisco Chronicle). Rogers signed with San Francisco in January and was given the most lucrative deal for a CFL player since the Dolphins signed Cameron Wake back in 2009. 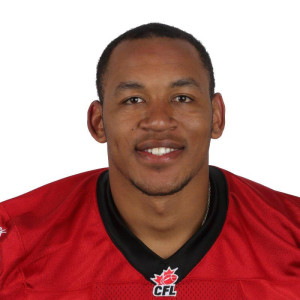 Rogers, 25, visited 16 NFL teams over the winter and had 13 contract offers to sort through. Ultimately, Rogers chose to sign with the Niners because of Kelly. When Rogers visited the Eagles in December, Kelly took time out of his busy schedule to attend the workout in person. Weeks later, Kelly was hired by SF, and the wide receiver knew that was where he wanted to be.

“When he got hired by the Niners, he called me two or three hours after it got announced that they were going to hire him,” Rogers said. “He basically told me, ‘I guess I had to come to Cali to sign you since you’re a Cali boy.’ So he still had that kind of recruitment in him like he was at Oregon. He was like, ‘You’re the first player I called and I want you to be the first player I sign at my new job.’”

Rogers, who played his college ball at Cal Lutheran, signed with the Cowboys as an undrafted free agent in 2013, but didn’t earn a regular season roster spot. After joining the Portland Thunder of the Arena Football League, Rogers headed to the CFL in 2014 and had his breakout season with Calgary in 2015. In 17 games for the Stampeders last season, Rogers racked up 87 receptions for 1,448 yards and 10 touchdowns.

The Colts, Chargers, Giants, Titans, Patriots, Jets, Ravens, Steelers, Texans, Eagles, Vikings, Bears, Browns, and Redskins were among the teams to give Rogers a look during his NFL tour.