The Panthers have agreed to sign safety Stevie Brown, according to Ian Rapoport of NFL.com (on Twitter). Carolina auditioned Brown earlier this month and finally circled back to him with a contract offer. 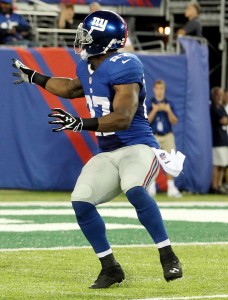 Brown was without an NFL gig in 2015, despite his past success. A seventh-round pick of the Raiders in 2010, Brown posted a career year in 2012 as a member of the Giants as he hauled in an eye-popping eight interceptions. However, he failed to register a pick in each of his other three seasons – one apiece with the Giants, Raiders and Colts. Brown signed with the Chiefs in early April but he became an early roster casualty when he was dropped recently. Now, he’ll help support Tre Boston at safety in Carolina along with Major Wright

The Panthers also auditioned Donte Whitner, but they did not sign him.