The Lions, Jets, Cardinals and an unidentified NFC South team have made preliminary inquiries on Keenan Lewis, according to Josina Anderson of ESPN.com (on Twitter). Earlier today, we learned that at least six teams have shown interest in Lewis, including the Steelers who will be hosting Lewis on a visit. 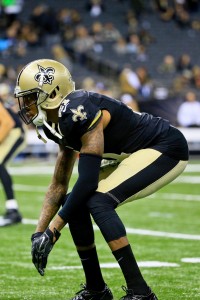 The Lions are quite young at cornerback with 25-year-olds Darius Slay and Nevin Lawson in starting roles. Behind them are Quandre Diggs (24), Alex Carter (22), Darrin Walls (28), and Crezdon Butler (29). The 30-year-old Lewis could bring some veteran experience to a group that lost Rashean Mathis to retirement in the offseason.

Lewis says that he is particularly intrigued by the possibility of joining the Jets or Cardinals (link):