The Bears announced that they have elevated quarterback Matt Barkley from the practice squad to the 53-man roster. Barkley will give the team additional depth while Jay Cutler is sidelined with a sprained thumb. Brian Hoyer is expected to start in the interim. 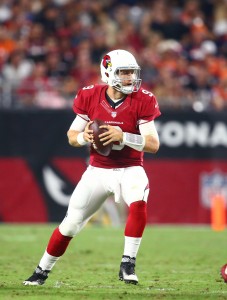 Barkley was with the Cardinals this offseason but missed the 53-man cut. Soon after, he signed on with Chicago’s taxi squad. Barkley, 26, was a fourth-round pick of Chip Kelly’s Eagles in 2013. In two seasons with Philly, Barkley attempted 50 passes with four interceptions and zero touchdowns.

In related moves, fullback Paul Lasike was re-signed to the practice squad and outside linebacker Lamarr Houston was officially placed on IR. We learned earlier this week that Houston is done for the season after suffering a torn ACL.