3:30pm: The Packers have announced the move.

3:13pm: The Packers will release Sitton, according to Tom Silverstein of the Milwaukee Journal-Sentinel.

1:34pm: The Packers plan to release guard Josh Sitton today if they cannot trade him, according to Rob Demovsky of ESPN.com. Green Bay has informed other clubs in recent days that Sitton is available, tweets Mike Garfolo of NFL.com. 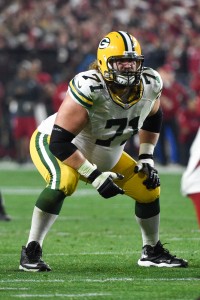 Sitton, 30, is a three-time Pro Bowler who has long been considered one of the best — if not the best — guards in the NFL, so the Packers’ willingness to move on from him certainly comes as a surprise. In eight seasons in Green Bay, Sitton has appeared in 121 games, starting 112, while delivering dominant results on the interior of the offensive line.

Entering the final year of his contract, Sitton is scheduled to earn $6.15MM in base salary and count $6.85MM against the cap. The Packers would be able to clear nearly all that space, save for the $300K workout bonus that they’ve likely already paid.