Falcons defensive lineman Ra’Shede Hageman is under league investigation after being charged with three misdemeanors, D. Orlando Ledbetter of the Atlanta Journal-Constitution writes. The charges stem from a domestic violence incident in March. 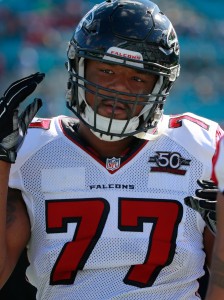 Hageman, a second round pick in the 2014 draft, was charged with interfering with a call for emergency help, battery family violence, and cruelty to children in the third degree. If the league office finds that those charges have merit, then Hageman is likely in for a lengthy suspension.

This offseason, the Falcons experimented with using Hageman at defensive end as well as defensive tackle. It remains to be seen exactly how the 6’6″, 310 pound lineman could be used since he was a healthy scratch on Sunday. The Falcons opted to place defensive tackle Courtney Upshaw on the active roster instead of Hageman so that they could use more of the nickel formation against the Bucs. Atlanta lost their season opener 31-24.