The Colts announced that they have cut cornerback Antonio Cromartie. The veteran hooked on with Indianapolis in late August but his run with them is already over here in early October. The team also waived inside linebacker Sio Moore. 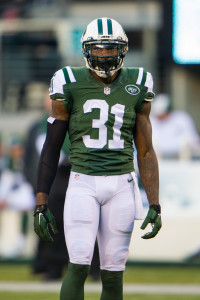 Indianapolis signed Cromartie in the wake of an injury suffered by Pro Bowler Vontae Davis. However, Cromartie was not able to recapture his old form in four games this season.

Against the Bears, Cromartie suffered an arm injury and it’s not immediately clear how long he may be sidelined with that. Still, Cromartie is immediately eligible for free agency since he is a vested veteran. Any team with interest in Cromartie will check into his arm as well as his troublesome hip injury that has dogged him for a while.

Cromartie, a four-time Pro Bowler, returned to New York last year with the Jets. Pro Football Focus ranked him just 86th out of 111 qualified cornerbacks in 2015.