The Dolphins are placing yet another starting safety on injured reserve. Isa Abdul-Quddus is done for the year, as Barry Jackson of the Miami Herald writes. To take his place on the roster, rookie safety A.J. Hendy is being promoted from the practice squad. 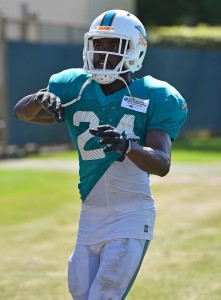 Abdul-Quddus was signed to a three-year, $12.75MM deal this offseason to play opposite of Reshad Jones in the secondary. The Dolphins have locked up their spot in the playoffs, but they’ll have to forge ahead without both players. The advanced metrics at Pro Football Focus ranked Abdul-Quddus as the No. 31 safety in the NFL out of 92 qualified players. His season ends with 78 tackles, two interceptions, one sack, and five passes defended in 15 games.

Without Abdul-Quddus, Michael Thomas will likely start at safety along with Bacarri Rambo. They are ranked as PFF’s No. 79 and No. 85 safeties, respectively. The rest of the Dolphins’ D will need to step up in order to advance beyond the Wild Card round.