The 49ers have informed several candidates from their general manager search that they’re out of the running for the job, per a team announcement. 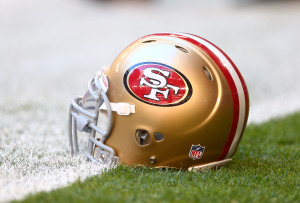 “The 49ers pared down its list of general manager candidates (Wednesday) morning and thanked those who will not be included in the second round of interviews,” tweeted 49ers spokeman Bob Lange. “Upcoming interviews will be announced as they were in the first round.”

Even before San Francisco eliminated those four from its GM mix, each seemingly had slim odds to land the role. Packers director of college scouting Brian Gutekunst emerged as the favorite earlier this week, and the Niners will also reportedly hold second meetings with Green Bay director of football operations Eliot Wolf and Vikings assistant GM George Paton next week. Those interviews will take place in Atlanta, where Kyle Shanahan coaches. The current Falcons offensive coordinator is the only candidate left for the 49ers’ head coaching position, and he’s set to help the team’s management pick a GM.

Along with Gutekunst, Wolf and Paton, Cardinals vice president of player personnel Terry McDonough is still in play, per Barrows. However, the 49ers have not yet requested another sitdown with him.