While Nick Caserio declined an interview request for the 49ers’ GM job, Chris Ballard did not receive the opportunity. The Chiefs blocked their director of football operations from interviewing for the 49ers’ GM vacancy, Mike Florio of Pro Football Talk reports. 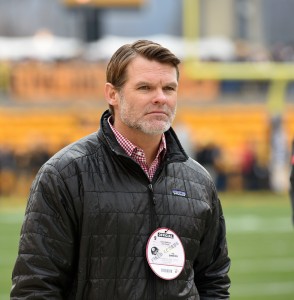 This runs counter to a previous report indicating Ballard turned down the opportunity, so San Francisco has now run into issues on multiple fronts in bringing some of its top candidates in for an interview for Trent Baalke‘s former job. Teams can block front-office execs from interviewing for GM jobs until their respective seasons end. So, the 49ers could wait until the Chiefs’ season concludes, but that would mean stalling their HC search as well while other teams vie for the available candidates.

This looms larger than the Patriots’ player personnel director turning this potential opportunity down. A source told Florio that Ballard was the 49ers’ “first choice, second choice and third choice” for the position. Ballard has been an NFL personnel man for 16 seasons and is finishing up his fourth with the Chiefs. Interestingly, Ballard was given permission to interview for the Titans’ GM job — one that ultimately went to Jon Robinson — last year.

Ballard spent 12 years with the Bears, the first 11 as a southwest area scout and in 2012 ascended to the role of director of pro scouting with the franchise prior to joining John Dorsey in Kansas City.