The Colts don’t intend to re-sign free agent safety Mike Adams, as Adams himself posted on Instagram that today was his “last day” with Indianapolis. Adams later confirmed to Stephen Holder of the Indianapolis Star (Twitter link) that the Colts intend to pursue younger players on the defensive side of the ball. 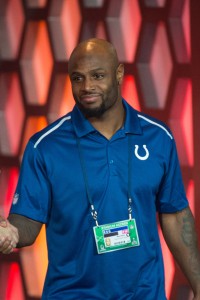 Adams, 36, later this month, was something of a journeyman before joining the Colts prior to the 2014 campaign, as he’d spent time with 49ers, Browns, and Broncos. But over the past three seasons, Adams has become a legitimately above-average starter, and earned two Pro Bowl nods during that time. In 2016, Adams started 15 games, racked up 79 tackles, and posted two interceptions.

Adams placed as the No. 14 safety on PFR’s positional free agent ranks, and while he won’t be in for a long-term deal given his age, he could make a nice stopgap for a contending team. On the free agent market, he’ll compete with other safeties including Tony Jefferson, Duron Harmon, and Barry Church.