The Cowboys have extended the contracts of offensive coordinator Scott Linehan and defensive coordinator Rod Marinelli, a source tells Clarence Hill of the Star-Telegram. Dallas has also signed special teams coordinator Rich Bisaccia to an extension, reports Todd Archer of ESPN.com. Linehan, specifically, had two years added to his deal, meaning he is now signed through the 2019 campaign. 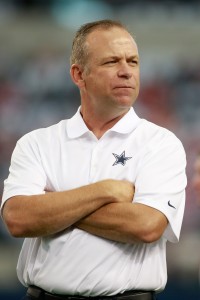 Linehan, 53, has been with the Cowboys since 2014, and assumed the title of offensive coordinator in 2015. Despite seeing starting quarterback Tony Romo go down in the preseason, Linehan led an offense that finished third in DVOA in 2016, getting contributions from rookies Dak Prescott and Ezekiel Elliott (and a league-best offensive line) en route to a postseason berth. Linehan, who has also called plays for Minnesota, Miami, and Detroit, was the Rams’ head coach from 2005-08.

Marinelli, too, has been a head coach before, as he lead the Lions from 2006-08 (and was infamously in charge of Detroit’s 0-16 roster). The 67-year-old has posted much better results as a defensive coordinator, and that’s the role he’s held in Dallas since 2014. The Cowboys finished 17th in defensive DVOA last season, but Marinelli will have his work cut out for him in 2017 after the club lost Morris Claiborne, Brandon Carr, Barry Church, and J.J. Wilcox to free agency.