Defensive back Darius Butler is meeting with the Bears today, according to Jason La Canfora of CBSSports.com (Twitter link), who adds this will be the first of “several scheduled trips” for Butler. La Canfora reported on Friday that Butler had reached an impasse in negotiations with the Colts and was planning to visit other clubs. 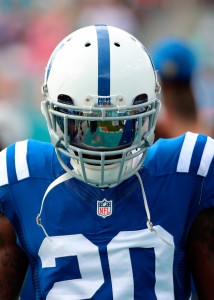 Butler, a former second-round pick, had played cornerback for most of his career before transitioning to safety in the middle of last season. He wants to continue playing deep, as he told Stephen Holder of the Indianapolis Star last week, and that’s presumably how Butler is marketing himself to potential suitors. Pro Football Focus still graded Butler among corners in 2016, and the 30-year-old finished as the league’s No. 20 CB.

Chicago has already signed one safety this week, agreeing to terms with former Houston defensive back Quintin Demps. Demps will pair with incumbent Adrian Amos in the Bears’ secondary, but given the popularity of three-safety (“big nickel”) sets in today’s NFL, Chicago still has room for Butler. Plus, given Butler’s ability to cover the slot, he’d presumably find ample playing time.

Butler, who appeared in 12 games (seven starts) for Indianapolis, ranks as PFR’s No. 48 overall free agent. Among safeties, we placed him fourth thanks to his coverage ability.