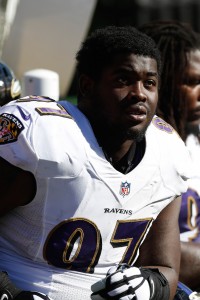 After losing Bennie Logan to the Chiefs in free agency, this trade makes lots of sense for Philly. Jernigan, who is entering the final year of his rookie deal, played in all 16 games last season and managed five sacks. He finished out as the league’s 42nd best interior defensive lineman, according to Pro Football Focus, putting him ahead of names like Ricky Jean-Francois, Corey Peters, and Cullen Jenkins. For what it’s worth, that ranking put him more than 40 spots ahead of Logan.

Recently, when asked about rumors that Jernigan could be traded, Ravens coach John Harbaugh did not deny that the 24-year-old (25 in September) could be moved.

“Everybody is up for trade,” Harbaugh said. “It’s part of the conversation in the NFL.”

The Ravens recently made Brandon Williams the highest-paid nose tackle in the NFL and they also have Michael Pierce, Carl Davis, and Willie Henry competing for playing time. From their perspective, keeping Jernigan and re-signing him to a pricey deal after the 2017 season didn’t make a whole lot of sense.

“This will allow our young group of defensive lineamn an opportunity to compete and play,” Ravens GM Ozzie Newsome said in a statement.

Jernigan will carry a modest cap number of $1.395MM in 2017 before becoming eligible for the open market.