Raiders GM Reggie McKenzie says he wants to know if Marshawn Lynch will be a member of the Raiders before the draft gets underway (Twitter link via Michael Gehlken of the Las Vegas Review Journal). 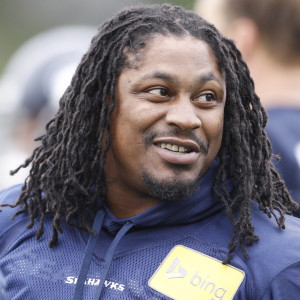 “At some point, you’d like to know. Prior to the draft is that point,” McKenzie told reporters on Friday.

This jibes with a report from earlier this week indicating that Oakland might put a draft day deadline on a potential deal. If Lynch is not wrapped up by the time the Raiders are on the clock at No. 24, they may jump at a running back they like. If they make that kind of investment in the position, then they’re probably going to steer away from Lynch.

A trade has been expected between the Seahawks and Raiders, but before a deal can be consummated, Lynch and Oakland must agree on a reworked deal. Lynch’s current contract calls for a $9MM salary and the Raiders are unwilling to shell out that much for the veteran running back. Mutual interest has been brewing for some time between the Raiders and Lynch, but the Raiders will have plenty of younger and cheaper running backs to choose from in this year’s star-studded class.

One comment on “Raiders Want Marshawn Lynch Resolution Before Draft”