The 49ers have released running back Mike Davis, according to Ian Rapoport of NFL.com (on Twitter). Davis drew trade interest during the draft, so Rapoport expects him to find a market for his services now that he is available. 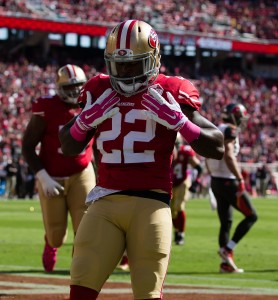 Davis was a fourth-round pick in 2015 but he hasn’t done a whole lot in his two NFL seasons. Between 2015 and 2016, he has averaged just 2.0 yards per carry on 54 attempts. The Niners added running back Joe Williams in the fourth round of this year’s draft and they have five other veterans RBs under contract, so there wasn’t much room for Davis. The Niners are also expected to add Georgia Southern running back Matt Breida as an undrafted free agent.

Davis missed the second half of the 2016 season with a broken hand. He was slated to return from IR later in the season, but he never made it back on to the field.