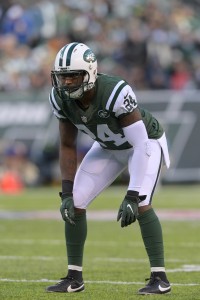 Dallas’ secondary depth was depleted during the free agent period, as cornerbacks Morris Claiborne and Brandon Carr, plus safeties Barry Church and J.J. Wilcox, all signed with other clubs. However, the Cowboys took steps to bolster their defensive backfield both in free agency — where they signed veteran Nolan Carroll — and the draft, where they selected Chidobe Awuzie, Jourdan Lewis, and Marquez White.

In addition to those four corners, Dallas will also return Anthony Brown and Orlando Scandrick, each of whom graded as top-50 CBs in 2016, per Pro Football Focus. Brown, a sixth-round pick last year, has proven to be a draft steal, while Scandrick figures to stick on the roster after the Cowboys denied they were shopping him.

Revis, meanwhile, had reportedly drawn the interest of two unidentified clubs earlier this month, but he still hasn’t landed a contract after being released by the Jets in March. Already earning $6MM from New York, the 31-year-old Revis will likely be forced to accept a cheap one-year pact if he wants to play in 2017. Last week, Rich Cimini of ESPN.com reported some NFL executives simply don’t see a healthy market for the former All Pro.