Charles Walker, an undrafted defensive tackle from Oklahoma, is set to sign with the Eagles, reports ESPN’s Field Yates (on Twitter). 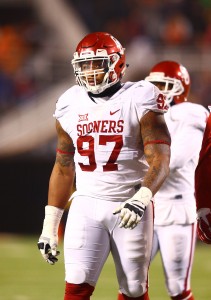 While most undrafted free agents are relatively anonymous, Walker stands as a fairly notable player who didn’t hear his name called by any NFL team during the final weekend of April. Walker declared for the draft in November, thus concluding his career with the Sooners before their season ended. The decision drew ire from head coach Bob Stoops, who said, “Quitting on your teammates is hard to take as a coach.”

Even before Walker made the controversial choice to depart Oklahoma, there were questions from scouts regarding the 304-pounder’s work ethic, Bleacher Report’s Matt Miller noted in November (Twitter link). At the time, though, Miller ranked Walker as the draft’s 35th-best prospect, so it’s fair to say the Eagles could be landing a high-reward player for a pittance. Walker will vie for a roster spot as a reserve behind Philadelphia’s enviable starting D-tackle duo of Fletcher Cox and Timmy Jernigan, and backup Beau Allen‘s chest injury won’t hurt the rookie’s cause as he attempts to make the team.