9:28pm: Spellacy has clarified his previous comments, telling Rapoport via text message: “When I referenced a ‘consensual sexual event,’ I was NOT referring to intercourse. That did NOT happen.” Spellacy added, “Nothing that Gareon has said has been inconsistent” (Twitter links).

9:13pm: Raiders first-round pick Gareon Conley, who was accused of sexual assault before the draft, gave a statement and provided a DNA sample to Cleveland police Monday, his attorney, Kevin Spellacy, told Ian Rapoport of NFL.com. It could be six to eight weeks before the Cuyahoga County Prosecutor’s Office decides whether to pursue charges against the former Ohio State cornerback, according to Spellacy. 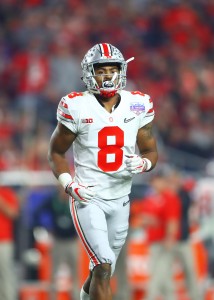 In speaking with police, Conley claimed that he and his accuser had a consensual sexual encounter on April 9, per Spellacy. That “changes everything,” writes Mike Florio of Pro Football Talk. After all, when news of the accusation came to light last week, TMZ reported that two of Conley’s friends told police that he did not have sex with the woman in question. With that in mind, this is now a “he said, she said situation,” notes Florio (also an attorney), who points out that Conley’s fate might ultimately rest with a jury. And if that jury believes Conley’s accuser, he could be indicted on first-degree felony charges and face a three- to eight-year prison sentence.

Less serious than Conley’s predicament is the plight of the Raiders, who went out on a limb in using the 24th overall pick on him. The Raiders conducted their own investigation before drafting Conley, with general manager Reggie McKenzie telling Peter King of The MMQB: “I understand the issues involved. But we did our research, and we read all the reports, and we did more than our due diligence. After all the information we got, we were comfortable with making this choice and confident in who this player is.”

Conley, for his part, has strongly denied any wrongdoing.