The Lions have agreed to a one-year deal with running back Matt Asiata, reports Chris Tomasson of the Pioneer Press (on Twitter). 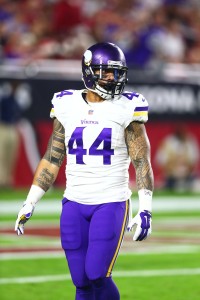 Asiata auditioned with the Lions earlier this month, though it appeared they were going to pass on signing him. Instead, the former Viking will join the Lions and remain in the NFC North, the only division he has known since he first saw NFL action in 2012. Asiata was never a particularly strong option on the ground in Minnesota, where he averaged 3.5 yards per carry on 361 attempts, but he did rush for at least six touchdowns twice and serve as a respectable receiver out of the backfield with the club. The 29-year-old combined for 101 catches from 2014-16, including 32 on 38 targets last season.

The Lions, of course, already have a legitimate pass-catching back in Theo Riddick, who, like Asiata, hasn’t shown much as a ball carrier. Their other running back options consist of prospective starter Ameer Abdullah, who missed all but two games in 2016, as well as Dwayne Washington and Zach Zenner. Aside from Abdullah, with his 4.3 YPC on 161 carries, nobody on Detroit’s roster has come close to establishing himself as an above-average rusher in the pros.