Free agent linebacker Zach Orr will meet with the Jets on Saturday, following the conclusion of his Lions visit on Friday morning, agent Rob Sheets tells ESPN.com’s Dan Graziano (Twitter link). Sheets says that Orr will also meet with another team in the next couple of days, but he did not reveal the identity of that club. 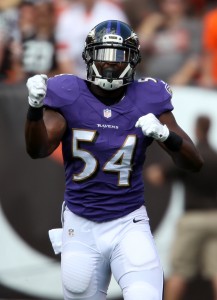 [RELATED: Ravens Split On Whether To Pursue Zach Orr]

Orr’s visit with the Jets will almost certainly include a physical and that is much more than a formality in his case. Orr retired in January due to a congenital spine condition and at the time, the belief was that he could be at risk of paralysis or even death if he continued playing. The 25-year-old has found medical professionals to give him the thumbs up, but different doctors will have different opinions on whether he should play.

The incumbent Ravens are apparently split on whether to pursue a reunion with Orr. Some team decision makers would like to have Orr back in the fold, and that’s understandable after he led the team in tackles by a wide margin in 2016. Others are worried about the serious risks of having Orr on the field.

Roughly half of the teams in the NFL have called on Orr, according to his agent.