Lions safety Tavon Wilson is being accused of punching an ex-girlfriend and is being sued for $2.5MM, TMZ reports (confirmed by Dave Birkett of the Detroit Free Press). Alanda Jackson, who is the mother of Wilson’s child, recently filed the suit over the 2016 incident. The report indicated that the 27-year-old allegedly threw Jackson to the ground and punched her in the nose. A second victim is also suing Wilson, claiming that she was stabbed during the accident by the player’s “entourage.” 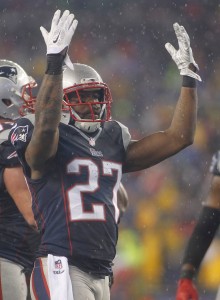 “We are aware of the report regarding Tavon Wilson,” the team said in a statement. “We have spoken to Tavon and we have also notified the league office of this matter. Due to the personal nature of this situation, we will have no additional comment at this time.”

As Justin Rogers of the Detroit News notes (via Twitter), the organization has traditionally had a zero-tolerance policy for domestic violence, perhaps putting Wilson’s future in Detroit in doubt.

Following four seasons with the Patriots, Wilson joined the Lions prior to last season. He went on to play in 15 games (14 starts) during the 2016 campaign, collecting a career-high 89 tackles to go with one sack and two interceptions. If Wilson is ultimately cut loose by the team, Miles Killebrew and/or Don Carey would presumably see a more significant role on defense.