Things could be picking up for former Bills safety Aaron Williams. The veteran will meet with the Texans on Thursday, according to Aaron Wilson of the Houston Chronicle (on Twitter). 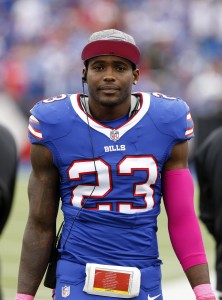 Williams was cut loose by Buffalo around the start of free agency following a season in which he suffered a painful neck injury. Since then, he has had only one visit – his May 3 powwow with the Jaguars. At this point, Wilson hears that Williams is fully healthy, so it might not take long for a deal to materialize if Houston likes what it sees.

Williams has only played in ten games total over the last two seasons thanks to neck issues. However, he has been a starter for the bulk of his career and he has seven interceptions to his credit in the NFL. The Texans are thin at the safety position, so it makes sense for them to at least kick the tires on Williams.

For Williams, a deal with the Texans would represent a homecoming. Williams played his high school ball at McNeil in Austin and went to college at the University of Texas.