Doctors are still looking into the extent of Ryan Tannehill‘s knee injury, but the Dolphins are already weighing some outside options. Colin Kaepernick‘s name was raised within the Dolphins’ front office as potential insurance, Josina Anderson of ESPN.com (on Twitter) hears. 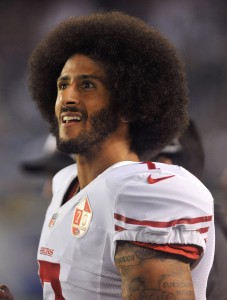 Of course, Kaepernick’s name has probably been internally “raised” by a number of teams this offseason, but that alone doesn’t mean much considering that he has gotten only one workout all offseason long. What Kaepernick does have going for him, however, is that owner Stephen Ross has vocalized his support for him in the past.

“I would sure hope not,” Ross said recently when asked whether Kaepernick is being blackballed from the league. “I know a lot’s been written about it, but you know owners and coaches—they’ll do anything it takes to win. If they think he can help them win, I’m sure—I would hope they would sign him.”

Last year, Kaepernick’s 49ers put up a solid effort against the Dolphins in a late November game in Miami. The QB completed 29 of 46 passes for 296 yards and three touchdowns and one interception, but the Dolphins ultimately won by a score of 31-24.

After Tannehill, the Dolphins’ top backups are Matt Moore and David Fales.