The 49ers are auditioning veteran defensive back Leon Hall today, a source tells Cam Inman of the Bay Area News Group (Twitter link). Hall also worked out for San Francisco in May. 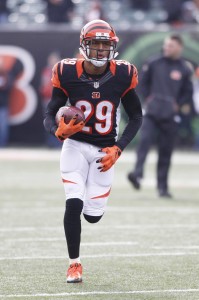 Clearly, two workout sessions in the span three months indicates the 49ers have a relatively serious level of interest in signing Hall. Waiting until September to (potentially) sign Hall means the 49ers were able to give more practice reps to their younger defensive backs during the summer, while holding off on inking Hall until after Week 1 would ensure that his 2017 salary doesn’t become fully guaranteed.

San Francisco is scheduled to field one of NFL’s most youthful secondaries, as starting cornerbacks Rashard Robinson and Dontae Johnson will be backed up by Keith Reaser, K’Waun Williams, Ahkello Witherspoon, and Adrian Colbert. At age-32, Hall would easily become the oldest member of that crew, and add some much-needed experience to the 49ers’ back-end.

Hall, who’s shown the ability to play safety in addition to his natural cornerback position, spent the 2016 season with the Giants after nearly a decade in Cincinnati. In 12 appearances, Hall played on roughly a third of New York’s defensive snaps and managed 30 tackles, one interception, and two sacks.