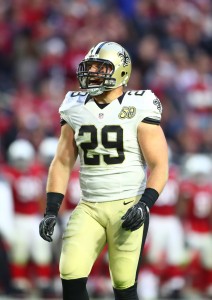 The Saints parted with both Kuhn and Zach Line after the preseason, leaving them without a fullback. But that setup turned out to be temporary. Kuhn is in line to play a second season with the Saints after playing the previous nine slates with the Packers.

When the Saints cut Kuhn on Sunday, Mike Triplett of ESPN.com suggested it could be a brief separation. That turned out to be the case. Kuhn played on roughly a quarter of New Orleans’ offensive snaps last season.

The 34-year-old Kuhn is no stranger to year-to-year arrangements. He played the past three seasons under those terms, agreeing to one-year deals with the Packers in 2014 and ’15 and signing a one-season pact with the Saints in August 2016.