Seahawks defensive coordinator Kris Richard would be allowed out of his contract for another opportunity, sources tell Ian Rapoport of NFL.com (on Twitter). It’s not immediately clear what that other opportunity might be or whether Richard is definitely leaving the team. 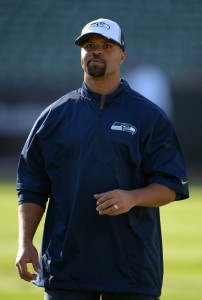 Rapoport indicates that Pete Carroll is of the belief that Richard might be better off developing as a coach elsewhere. So far, Carroll’s system has been all that Richard has really known. Richard has spent the last eleven seasons with the Seahawks when counting his eight years as a coach and three years as a cornerback. He played his college ball at USC under Carroll, who later brought him on board as an assistant and promoted him to DC following the departure of Dan Quinn in 2015.

Richard is a candidate for the Colts’ head coaching vacancy and could pop up as a HC or DC candidate elsewhere.

This will be an offseason of major change in Seattle. On Wednesday morning, the team canned offensive coordinator Darrell Bevell.

One comment on “Seahawks To Part Ways With Kris Richard?”