The Texans are expected to make Bills vice president of player personnel Brian Gaine their next general manager, according to Ian Rapoport of NFL.com (Twitter link). 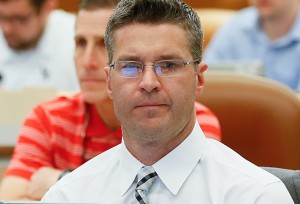 Gaine, who interviewed for the Houston position on Tuesday, had been considered the favorite for the job. He’ll make his return to the Texans — with whom he previously served as director of player personnel — after a single season in Buffalo. Gaine has drawn GM interest around the league in the past, and he’s interviewed for positions in Philadelphia, San Francisco, New York, and Chicago over the past several seasons.

While Gaine was the frontrunner to become Texans general manager, Houston did have a lengthy list of initial candidates. However, the Texans were declined permission to interview the Patriots’ Nick Caserio and Monti Ossenfort and the Eagles’ Joe Douglas, while the Packers’ Brian Gutekunst and the Cowboys’ Will McClay declined to interview. Texans assistant GM Jimmy Rye III was the only candidate other than Gaine to actually interview.

Gaine will be strapped to add talent via the draft in his first season as Texans GM, as Houston has already traded away both its first- and second-round picks. However, the Texans could make hay during the free agent period, as the club ranks sixth in 2018 cap space with roughly $56MM available.

As PFR’s 2018 GM Tracker indicates, both of the general manager vacancies in the NFL have now been filled: Gaine in Houston, and Gutekunst in Green Bay.