The Jets are going to be active on the cornerback market this offseason, and their goal will be to land two starting corners. 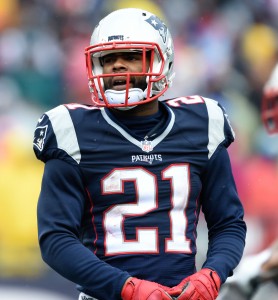 Gang Green wants to keep Morris Claiborne, and the parties have already begun negotiations, and pair him with a “true No. 1 cornerback,” Manish Mehta of the New York Daily News reports.

Mehta expects the Jets to be interested in Malcolm Butler, who will surely draw extensive attention as a UFA. Given a first-round tender in 2017, Butler resided as one of the game’s top corners in 2015 and ’16 prior to a down contract year that culminated with the ignominious DNP-CD in Super Bowl LII. Butler, Trumaine Johnson and Kyle Fuller are three of the top names that the Jets — expected to hold $90MM-plus in cap space — could pursue. Second-tier types David Amerson, Prince Amukamara and Byron Maxwell are either available already (Amerson) or UFAs-to-be.

Claiborne functioned as the Jets’ de facto No. 1 corner this season on a one-year, $5MM deal and expressed interest in returning. The Jets did not receive Claiborne’s best season, but he did suit up for 15 games for just the second time in his career. And Mehta writes the team would “love” to bring him back as a No. 2 corner.

The Jets have a few young corners under contract and will face a decision on Buster Skrine. The experienced slot man will enter the final season of his four-year contract — signed during the same offseason that brought Darrelle Revis over from New England — but would produce $6MM in cap space if the Jets released him. Having made many similar cost-cutting moves last year, the Jets figure to consider this. But the team does not have an established corner under contract. So, that could work in the 28-year-old Skrine’s favor.