Kam Chancellor has hinted that he might retire on social media, but that’s apparently not in the cards just yet. The Seahawks safety plans to play in 2018 if he gains medical clearance, Ian Rapoport of NFL.com tweets.

Chancellor’s $6.8MM salary became fully guaranteed last week, so the Seahawks are intent on moving forward with him. It’s still not a slam dunk that Chancellor will get the green light from doctors, however. The veteran missed nearly half of 2017’s games with a neck injury and that comes with a greater risk than, say, a twisted ankle. 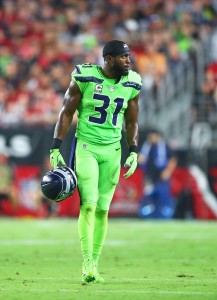 Back in January, Seahawks coach Pete Carroll hinted that Chancellor and defensive end Cliff Avril could be forced to hang ’em up. Despite his assessment, both players are still intent on playing. In January, Avril announced his intentions to continue, but it’s quite possible that the Seahawks will release him anyway in order to save $7.5MM against the cap.

Chancellor’s nine appearances last season marked a career low since the Seahawks took him in the fifth round of the 2010 NFL Draft out of Virginia Tech. Between 2011-14, the four-time Pro Bowler started at least 14 games and recorded at least 65 tackles within Seattle’s “Legion of Boom.” He’s missed 16 games over the last three seasons.

Seattle’s vaunted secondary may be disbanded before too long as Richard Sherman and Earl Thomas are both due to become unrestricted free agents next offseason. Chancellor isn’t set to become a free agent until after the 2020 season. Cornerback Byron Maxwell and safety Bradley McDougald will hit unrestricted free agency this offseason. The Seahawks allowed 209.2 yards per game through the air last season, which ranked sixth-best in the NFL.