The Bills are signing safety Rafael Bush to a two-year deal for $3.5 MM, ESPN’s Mike Rodak tweets. Bush was among the Saints’ free agents this offseason. 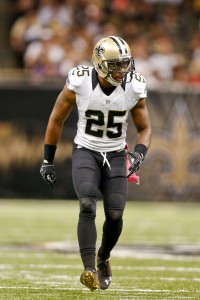 Bush was among the best safeties in last year’s free agent class, but we did not have him ranked in the top 15 in this go ’round. That’s partially due to the depth of this year’s safety market, but more so because Bush served strictly as a backup for New Orleans last year. He appeared in 14 games — with zero starts — and totaled 22 tackles with one sack.

A fixture as a Saints depth piece for much of this decade, Bush is going into his age-31 season. The former UDFA is likely to supplement Buffalo starters Micah Hyde and Jordan Poyer. Hyde is signed to a five-year, $30MM deal and Poyer to a four-season contract worth $13MM. Those two each graded as top-15 safeties in the view of Pro Football Focus.

Bush has started 18 games in his seven-year career. He played 236 snaps for the Saints last season and now looks like Buffalo’s No. 3 safety for 2018. This is now a position the Bills don’t really need to worry about for a bit.