Patriots free agent running back Dion Lewis is expected to draw significant interest on the free agent market, according to Mike Florio of Pro Football Talk. 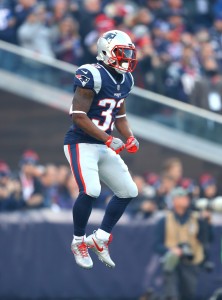 Lewis, who is reportedly seeking a $6MM annual salary, is likely to draw the eye of the Jets, Texans, 49ers, Raiders, and Colts, per Florio. New York, San Francisco, and Indianapolis are each facing vacancies in their backfields, but a Lewis addition in Houston or Oakland would presumably lead to the release of Lamar Miller or Marshawn Lynch, respectively.

The Patriots had a cavalcade of running backs on their roster in 2017, but Lewis was the best of the bunch. The 27-year-old Lewis posted the most outstanding season of his career in 2017, toting the ball 180 times for 896 yards (both team highs), managing 214 yards on 32 receptions, and scoring 10 total touchdowns (including one in the return game). Lewis ranked first in Football Outsiders‘ DYAR metric, sixth in broken tackles, and sixth in Pro Football Focus‘ pass-blocking grades.

Lewis isn’t the only free agent running back about whom New England needs to worry. Rex Burkhead is also scheduled to hit the open market later this month, so while the Patriots still employ James White, Brandon Bolden, and Mike Gillislee they could see a great deal of turnover in their backfield over the coming weeks.