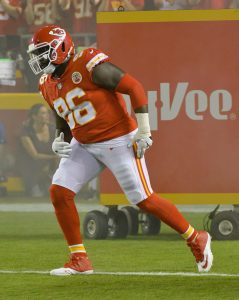 Seattle is seeking to replace defensive tackle Sheldon Richardson, who inked a one-year deal with the Vikings last week, and Logan could help in that regard. Logan can’t offer the interior pass rush that can Richardson, but he’s a run-stuffer that can plug the middle of the line. The 28-year-old Logan is fresh off a one-year, $8MM pact with the Chiefs, a deal he signed following four seasons with the Eagles.

Johnson, meanwhile, started 16 games for the 49ers in 2017 after serving as a reserve for the first three years of his career. The results weren’t great, as Johnson ranked near the bottom of Football Outsiders’ yards allowed per pass and success rate. He’d give Seattle depth after the club cut ties with fellow cornerbacks Richard Sherman and Jeremy Lane and lost DeShawn Shead to free agency.