The Texans have interest in free agent cornerback E.J. Gaines, who is “firmly” on the club’s radar, according to Aaron Wilson of the Houston Chronicle. 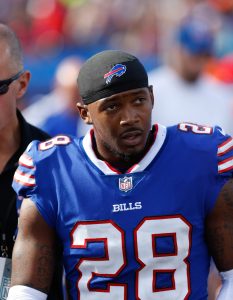 Houston is clearly attempting to upgrade its secondary this offseason, as the team is also reportedly eyeing free agent defensive back Malcolm Butler. That should come as no surprise given that the Texans struggled against the pass in 2017, finishing with a No. 25-rank in Football Outsiders‘ pass defense DVOA. Additionally, Houston has two cornerbacks — Johnathan Joseph and Marcus Williams — scheduled to hit the open market on Wednesday.

Gaines, 26, appeared in 11 games for the Bills a season ago after being traded as part of the Sammy Watkins deal. During that time, Gaines ranked 12th in Pro Football Focus‘ cornerback grades and ninth in FO’s success rate. For that effort, PFR ranked Gaines as the fourth-best corner on the market and the No. 18 free agent overall.

The Bills, for their part, haven’t ruled out a reunion with Gaines. Although they recently signed veteran cornerback Vontae Davis to pair with Tre’Davious White, Buffalo is still open to re-signing Gaines.