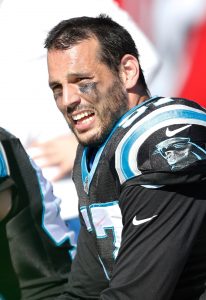 Gachkar, 29, has become a special-teams only player as NFL career has advanced, and he didn’t play a single defensive snap for the Panthers in 2017. A former seventh-round pick, Gackhar has been in the league since 2011 but has only made 11 starts. He signed with Carolina last October and played in six games for the club, appearing on roughly two-thirds of the Panthers’ special teams plays during that time.

Detroit, for its part, has been willing to pay for special teams play in the past. Under general manager Bob Quinn, the Lions have steadily improved on special teams, and last season ranked fifth in Football Outsiders’ DVOA. Gackhar would surely focus on that area of play if signed, especially given that Detroit added other linebackers such as Devon Kennard, Christian Jones, Cam Johnson, and Jonathan Freeny.