Roy Miller‘s chances of catching on with a team for what would be a 10th NFL season took a hit Friday afternoon. 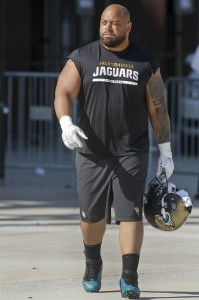 Miller signed a one-year deal with the Chiefs last year and played in seven games. However, the team released the veteran lineman after he was arrested on a domestic battery charge. It’s likely that triggered this ban.

Primarily known for his work with the Jaguars and Buccaneers, Miller has started 84 games. The Chiefs used the 30-year-old defender as a backup. He had not received any traction on the free agent market prior to this news.