The Jaguars agreed to terms with first round defensive tackle Taven Bryan on a four-year deal worth $10.2MM, Ian Rapoport of NFL.com tweets. His deal includes a $5.5MM signing bonus. 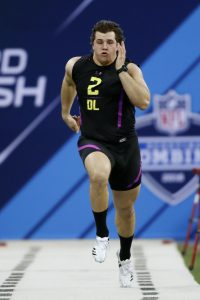 Bryan, the No. 29 overall pick in the draft, was one of a handful of stragglers in the backend of the first round. Reportedly, the contract of Seahawks rookie running back Rashaad Penny held up negotiations for Bryan and others.

Interestingly, Bryan actually did better on his fourth-year guarantee than some of the other players around him, according to Rapoport. It appears that Bryan’s hard line on negotiations paid off and talks still managed to wrap before rookies were set to report in Jacksonville.

Bryan, a 6’5″, 293-pound defensive lineman, had career highs in tackles (37), tackles for loss (6), and sacks (4) in his final year at Florida. He’s slated to serve as the Jags’ first defensive tackle off of the bench behind Marcell Dareus and Malik Jackson this year.