No Progress For Bears, Roquan Smith

The Bears and Roquan Smith are at a “stalemate,” head coach Matt Nagy says. The lack of progress is likely frustrating for Nagy & Co. as Smith has yet to report to camp. 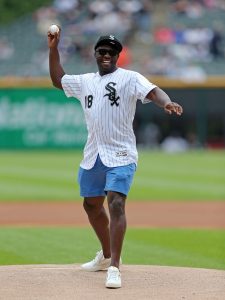 The main holdup in talks may be related to the forfeiture of guarantees in the event of a suspension. This year, the league has introduced a new rule this offseason that could result in players getting suspended for lowering their helmets on hits. If the league starts handing out suspensions en masse, Smith’s agents do not want him to lose his financial security.

Meanwhile, one report says the real issue is language that allows the team to void guarantees for many different reasons, including team-imposed discipline. Whatever the holdup is, it’s becoming an problem.

Only four first-round picks have held out in the last five years. Under the current CBA, Smith’s holdout is the second-longest behind Joey Bosa’s 31-day holdout with the Chargers in 2016. The good news for the Bears is this – Bosa was stellar despite missing practices and went on to win the NFL’s Defensive Rookie of the Year trophy.

6 comments on “No Progress For Bears, Roquan Smith”