Kenny Britt‘s time with the Patriots has come to an end. On Wednesday, the Patriots released the wide receiver, according to an announcement from his agency. 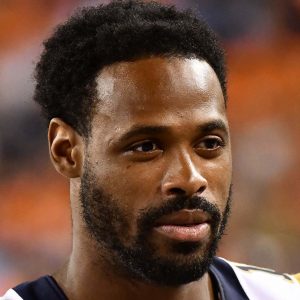 Britt was expected to take on a larger role with the Pats following the departure of Danny Amendola and the four-game suspension handed to Julian Edelman. However, he was never able get on the field during training camp with due to his hamstring, and the Pats ran out of patience.

The Pats removed Britt from the PUP list a couple of weeks ago. At the time, the soon-to-be 30-year-old indicated that he was close to being ready, though he declined to speculate on his Week 1 status.

In 2016, Britt had breakout campaign and recorded a 1,000-yard season with the Rams. He parlayed that success into a lucrative free agent deal with the Browns, but that proved to be a disaster. In his first act as the Browns’ new GM, John Dorsey axed Britt, leading him to sign with the Patriots in December.

The Patriots’ wide receiver group was thinned out even further this summer when they axed Jordan Matthews and Malcolm Mitchell. They have since signed Eric Decker, but this WR group has decidedly less star power than it did four weeks ago.

The Patriots should now have an easier time when it comes to roster cuts on Sept. 1. Chris Hogan, Phillip Dorsett, Cordarrelle Patterson, and special teams ace Matt Slater all figure to be on the 53-man roster, while sixth-round pick Braxton Berrios and Decker could convince the Pats to carry six receivers into the season opener. Of course, the math can change if the Patriots add a notable veteran such as Dez Bryant.