The market for George Iloka is starting to take shape. The Raiders plan to make a run at the safety, Michael Gehlken of the Review-Journal tweets. 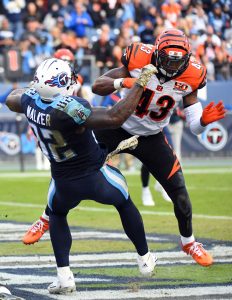 Iloka spent six seasons playing under defensive coordinator Paul Guenther while with the Bengals, so he would be a natural fit for Oakland. Iloka could easily step into a starting role with the Raiders, but Gehlken cautions that finances will play a role in his fit with the team.

The Bengals stunned the league when they released Iloka on Sunday, and teams – including the Cowboys – are already considering the 28-year-old defender.

For now, the Raiders project to start fellow ex-Bengal Reggie Nelson at free safety and 2016 first-round pick Karl Joseph at strong safety. If signed, Iloka could take over for Joseph and give Guenther a solid 1-2 in the middle of the secondary.